The Chain of Command

RHM Devotional: The Chain of Command from Refreshing Hope Ministries on Vimeo.

Today I want to talk about the chain of command in the Kingdom of God. When we began RHM, I was blown away by some of the prayer requests that we received. Many people confused God with Santa Claus. I remember one in particular that asked us to pray for them to get a new brick house, fully furnished, and paid for, along with a new Cadillac Escalade, fully loaded and paid for, parked in the garage. That is a distorted view of how the Kingdom of God works. We are to seek His Kingdom first, and then things are added to us, not vice versa. Delight yourself in the Lord first, and then He will give you the desires of your heart. Give and it will be given to you. 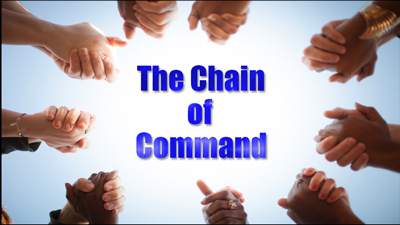 God is not a genie in a lamp we can rub, He is our Commander-in-Chief. God is not on our team, we are to be on His. He is not obligated to support what we are doing, unless He told us to do it. God is not a republican, or a democrat, or in the green party. God is not a vegan. He doesn’t listen exclusively to old english hymns, and Jesus didn’t read from the King James Bible, which was written 1600 years later for another king named James. These are just some personal preferences that I have seen turned into distorted belief systems over the years.

I want to cover a couple of examples from the life of David:

And the Philistines came up yet again and spread out in the Valley of Rephaim. And when David inquired of the LORD, he said, “You shall not go up; go around to their rear, and come against them opposite the balsam trees. And when you hear the sound of marching in the tops of the balsam trees, then rouse yourself, for then the LORD has gone out before you to strike down the army of the Philistines.” And David did as the LORD commanded him, and struck down the Philistines from Geba to Gezer. 2 Samuel 5:22–25 ESV

The Philistine army invaded the Valley of Rephaim and David asked the Lord what to do. The last time David had faced the Philistines, he met them straight on in battle, but this time, the Lord told him to flank them and He would help. The Philistines had dominated parts of Israel since the battle of Mount Gilboa, when King Saul and his sons were killed in 1 Samuel 31. In David’s battle with the Philistines, the Lord was the One in charge. David followed His orders, and the mission was successful. They pushed the Philistines completely out of their land. It was a great victory.

This is an excellent example of how we are supposed to work with God today. When we face a problem, we pray about how to deal with it, and then give God a chance to give us wisdom in the situation. James said that if we lack wisdom, “let him ask God, who gives generously to all without reproach, and it will be given him.” (James 1:5) and also “we have not, because we ask not” (James 4:2). We have to be willing to be wrong, and His plan comes before our own. 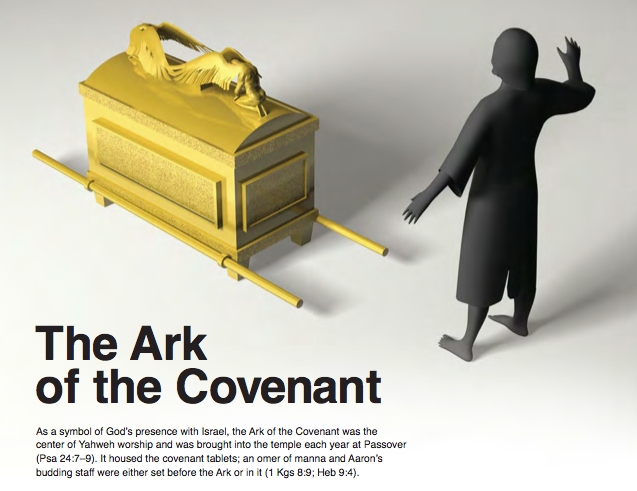 In the very next chapter, David decided to bring the Ark of the Covenant to Jerusalem. Here is a little history about that. This was the Ark of the Covenant, which God had commanded Moses to build more than 400 years before David’s time. It was a wooden box overlaid with gold. The word ark means “box” or “chest.” It had an ornate gold lid known as the mercy seat and cherubim on either side, facing each other. The ark of God was approximately three feet, nine inches long by two feet, three inches high and wide.

Inside of it were stored the ten commandments that were carved on stone tablets, which Moses had brought down from Mount Sinai, a jar of the manna that had fallen from heaven, and Aaron’s staff that had miraculously budded almond blossoms overnight as a confirmation of his leadership. It was the Holiest artifact in Israel. 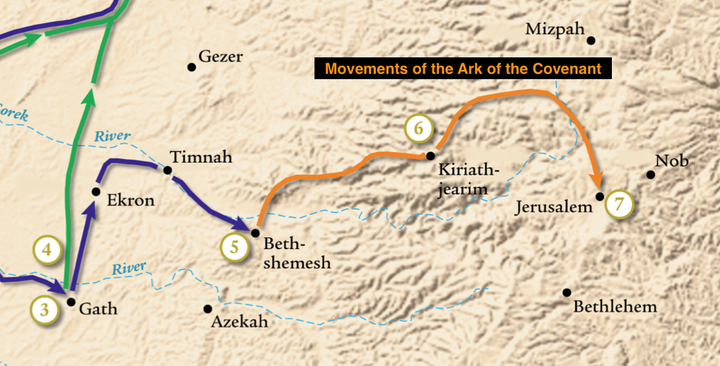 Once the Ark had been captured by the Philistines, but they all came down with hemorrhoids and made haste to return it (1 Samuel 5:12). After this, the Ark was taken by the men of Kiriath-jearim and placed in “the house of Abinadab” who put his son Eleazar in charge of it (1 Samuel 7:1). The Ark sat there forgotten for seventy years, and after Saul died, it became trapped behind enemy lines. Kiriath-jearim was located about nine miles west of Jerusalem roughly halfway between Geba and Gezer, the area that David had just reclaimed from the Philistines. It was time to return “the glory”  to Israel (1 Samuel 4:22). David was so sure this was what God wanted, that he didn’t bother to ask Him the details.

David assembled the largest group of elite troops that he ever had before, over 30,000 armed men, and went to get the Ark. Though the ark was designed to be carried by four Levites (Exodus 25:12), David had a new cart built for it that was pulled by oxen. While David and everyone was celebrating with songs and harps and cymbals, the cart hit a bump in the road, Uzza reached out to steady it and was instantly struck dead. God was angry at David. David was angry at God. They abandoned the project.

The point that I want to make clear is that we have to align with God, and not expect Him to align with us. Yes, there is grace to cover mistakes, but a mistake is still a mistake, and they waste valuable time and resources. Take the time to ask first before you make a big decision.

We are not automatically acting “in His will” because we are on a mission that we believe is from God. That is what the crusaders thought they were doing as they depopulated and pillaged innocent villages. We are pray and get His advice, then try and follow it. Jesus said “My sheep hear My voice” (John 10:27). If you pray and pray about something and He will not talk to you about it, then change the subject for a while. Find what He does want to talk about today, and listen. We get through this life one day at a time, our hand in His.

Prayer: Heavenly Father, please guide me. I am sorry for not involving You in my decisions. I want what You want. May Your Kingdom come, and my kingdom go, in the name of Jesus Christ I pray. Amen.