People Get Ready from Refreshing Hope Ministries on Vimeo.

Jesus said “My sheep hear My voice” in John 10:27 and I believe that each of us have pearls of wisdom given to us by the Holy Spirit. Little gems and insights that are beautiful and meant to build up and strengthen the body of Christ. We are each a microcell in His body and are given resources, gifts, and talents to benefit the entire body. In that light, I want to share something with you that I believe He told me.

Thirty years ago I had a vision that I was standing on the roof of a house looking towards the ocean waiting for something, listening to the wind. When a giant tidal wave that reached to the sky rose up in the sea and roared onto the shore washing over everything around me, and washing away many of the houses. Somehow I already knew the wave was coming, that it was 1500 feet high, and I had been trying to warn people to get to higher ground. I had intentionally stayed behind to warn others. Though the wave was so large and powerful, when it came onshore, it washed over and around me, but it did me no harm.

The vision came three times during a season when He had set me apart. I had a small painting company at the time. It was just me, and I painted houses all day by myself. It was during one of the personal revivals in my life which occurred soon after I received the baptism of the Holy Spirit. Being that I worked alone and there was no one to talk to, I listened to the Bible on cassette tapes while I worked and prayed in the spirit. At the time, I had an unquenchable zeal for the Lord and fasted about every other week. I knew He was telling me something, but it was a mystery. I live near Myrtle Beach South Carolina, about 12 miles from the Atlantic Ocean, so I understood the picture, but was unsure what the vision meant.

Yesterday I was laying with my head on the keyboard and praying about what to write. I was listening in the quiet when I heard: “Here it comes.”  Then there was about 20 seconds of silence, and something similar to wind came into the room. It was His tangible presence that covered me, shook me, and left me in tears. It felt for a moment like the house was shaking, then this vision that I had not thought about in years came vividly back to my remembrance.

In one sentence the message was: “People get ready, for the wave is coming.” What does this mean? To be honest, I don’t understand it all myself, but I wrote down notes as it was coming and will try to string them together into a meaningful chain of thought. In the vision, the house that I was on withstood the wave while many others around me were being washed away. Then came this verse:

(Matthew 7:21–27 NASB) “Not everyone who says to Me, ‘Lord, Lord,’ will enter the kingdom of heaven, but he who does the will of My Father who is in heaven will enter. “Many will say to Me on that day, ‘Lord, Lord, did we not prophesy in Your name, and in Your name cast out demons, and in Your name perform many miracles?’ “And then I will declare to them, ‘I never knew you; DEPART FROM ME, YOU WHO PRACTICE LAWLESSNESS.’

People get ready, for the wave is coming and your house will be tested to see what it is built on. Those who have been obedient will be like the one who built his house on the rock. Those who are straddling the fence and practicing “lawlessness” will have a great fall. I am not sure what a “great fall” means, but it doesn’t sound good.

Make no mistake about it, there is a harvest going on right now. Thousands of people are dying every day, going to meet their Maker. Ready or not, they are entering eternity. If you are viewing this, then you still have a chance to get ready. Don’t waste it. We are not promised tomorrow. Live your life ready to die with no regrets.

I am not talking about the end of time, for it’s not the end of time that you have to worry about. It’s the end of your time that will sneak up on you. Over 300,000 people have died so far from the current virus, and it’s just beginning to ramp up where we live. This is a time to seek God and I can feel an urgency in my spirit. Consider it a wake up call, a tap on the shoulder, God’s way of saying “Hey, slow down a moment, I wanna talk.” When things are going well and people are healthy and wealthy, we tend to forget God and get busy focusing on the pursuit of happiness, but we are warned to not be distracted and caught off guard: 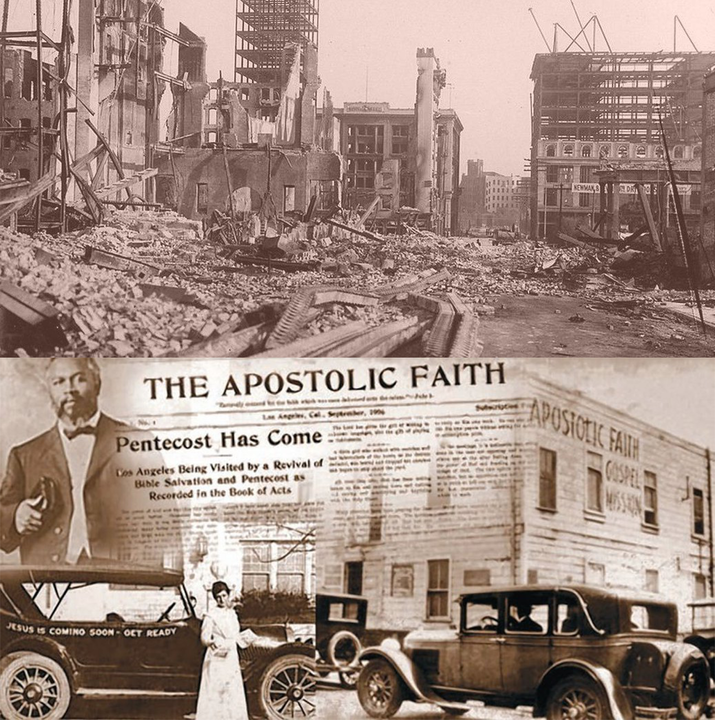 Big threats bring big revivals. For example, in April 1906, a terrible earthquake hit San Francisco and wiped out 80% of the city. At the same time, the Azusa street revival broke out and lasted about 3 years. People’s hearts were hungry for God. That was just a relatively small area, but what about when God shakes the planet? Many hospitals are being overrun with the sick right now, just too many people and not enough beds. There is a possibility that we will not have enough seats in the churches. Isaiah wrote it this way:

(Isaiah 26:9 NASB)  At night my soul longs for You, Indeed, my spirit within me seeks You diligently; For when the earth experiences Your judgments, The inhabitants of the world learn righteousness.

Six months ago the Lord began urging me to upgrade the systems here to prepare for what is coming. I didn’t even know what it was, but like Noah, I started working on getting things ready before the rain comes. We upgraded my development workstation, then Sylvia’s video editing workstation, we are in the progress of upgrading from a 4 core web server to a 32 core. We are developing an entirely new website for our church community. The Lord has been silently providing everything we need in the background. Each time there has been a need, someone steps in and makes a donation to cover it without us even mentioning it. It is so beautiful, I am in awe and extremely thankful for all of you who are listening to His voice. You are being led by the Spirit, and it’s for a purpose. It is preparing for the wave to hit.

This is a call to God’s elect, get ready. He has prepared many for this day and they are like racehorses in the stall impatiently waiting for the gate to lift. They have been stamping and wondering: “Lord You told me this… Why is it taking so long? This is going nowhere…”, but don’t be lulled to sleep by the starting gate. This is the time to focus, for a great harvest is about to begin.

Soon there will be many thousands hungry to learn more about Jesus, and lack solid teachers. Truly the harvest is plentiful, but the laborers are few. This is a time to press in, to seek the Lord, to get in tune with what He is doing, to wake up, to lay down every weight and distraction that holds you back. For after 30 years, the wave is on the horizon.

Prayer: Heavenly Father, I want to ally myself with You, to be part of what You are doing on the Earth, to walk hand in hand. Please let me be ready for Your visitation and to be able to help others in their faith. Make me a part of Your team Lord, sign me up! In the name of Jesus Christ I pray. Amen.