Fun Facts:
The Pharisees and the Sadducees were two opposing religious factions, but both opposed Jesus.

Study Notes:
Luke 20:1-8 As Jesus was teaching in the temple, the priests, scribes and elders came to question Him. They asked Jesus “by what authority do you do these things?” but they were primarily concerned with Him driving out the merchants and cleansing the temple earlier.

Jesus countered their question, with a simple question. It caused a stir because the religious leaders were not concerned with facts, but only with the effects. The truth of their answer did not matter, only the outcome. Jesus asked them about “the baptism of John, was it from heaven, or from men?” John the baptizer was a prominent religious figure that was obviously anointed by God, but John also testified that Jesus was the Messiah. That brought the men to a crossroad and they could not answer either way. If they admitted that John was sent by God, then that would be admitting that Jesus was sent by God as well. They would loved to have answered “From men” but feared that the people may stone them, so they could not answer His question, and Jesus did not answer theirs.

Luke 20:9-18 Jesus told a parable about a man who planted a vineyard and rented it out to some farmers to care for it. Then He traveled to another country for a long time. The owner sent a servant to collect his share of the fruit, but they beat him and sent him away with nothing. The owner sent more and they beat them, mistreated them and sent them away empty. Finally the owner sent his own son to them. Instead of respecting His authority, they killed his son. The owner would then come and destroy these farmers and give the vineyard to others.

This story paints a picture of the relationship between Jesus and the Jewish leaders. God had sent messenger after messenger to them: Neh. 9:26; Jer. 7:25; 25:4–7; Matt. 23:34; Acts 7:52; Heb. 11:36–38; but they beat them and rejected His message. Then God sent His own Son Jesus to them. This was the pinnacle, not a prophet, but the Son of God. This is the most critical decision of their lives. The nation was treating Jesus the same way as the farmers were treating the Son.

Jesus points them to a favorite scripture in the early church (Psalm 118:22, Acts 4:11, 1Peter 2:7) the Cornerstone. A cornerstone was a huge stone that tied walls together and was of great importance. The stone which the builders rejected was made the chief cornerstone. This scripture written hundreds of years before, pointed to Jesus. They would reject Him, but God’s purpose would still be accomplished. Whoever falls on Jesus will be broken, but those who reject Him will be one day be crushed.

Luke 20:19-26 The religious leaders want to arrest Jesus right then, but they feared the people. So they sent out spies to watch Him closely and to try and trap Him in His words so they would have a reason to accuse Him before the governor.

Jesus asked them to show Him a denarius and then asked whose image and inscription was on it. They answered “Caesar’s.” Then Jesus told them to give Caesar what was His and God the things that are God’s. No one could argue with that. We have our loyalty to God, and loyalty to our country but God always comes first in our life. If the country comes between us and God, they are out of their jurisdiction.

Luke 20:27-40 After the first group of Pharisees were silenced, a group of Sadducees began to ask Jesus questions about marriage in heaven, after the resurrection. They wanted to prove their theory about a resurrection being impossible because it did not agree with the written law.

Debt. 25:5 stated that if a married man died and had no children, that his brother should take the widow as a wife and raise up children that would grow up to own the mans property and continue his family line. This rarely happened and when it did, the child seemed to go by the name of the natural father anyway (Ruth 4:5, 21). By New Testament times this practice was not used so the question was only to prove there was no resurrection.

They told a story of seven brothers who had all been married at different times, to the same woman, without her having children. Then they asked whose wife would she be after the resurrection? They assumed that no answer could given and that would prove there was no resurrection.

People that believed in the resurrection believed that it would a continuation of this life, but much improved. Jesus explained that things in heaven will be drastically different than currently here on the earth. Those who were considered worthy to attain to that age and the resurrection of the dead:

1) Will not be married. Marriage is part of preserving the human race, but there will be no more death. Relationships are based on time and place, and there will be neither of those either.

2) They cannot die anymore, not will not, but cannot die.

3) They will be like the angels that are in heaven.

Jesus also showed that the resurrection was in fact mentioned in their scriptures by telling them about “Moses at the bush.” There were no scripture references then or He would have said “read Exodus 3:1-6.” When Moses called the Lord “The God of Abraham”, Abraham had long been dead. Then Jesus said that God is not the God of the dead, but of the living. All are alive to Him. This silenced the Sadducees questioning as well.

Luke 20:41-44 Jesus then asked them a question. The scribes all referred to the Christ as David’s son, but David himself called him Lord. They were looking for an earthly king to follow the path of David and conquer all of Israel’s enemies. Jesus explained that the Messiah was Lord of Lords, not just another David.

Luke 20:45-47 The scribes wore long flowing robes which were a sign of distinction and marked them as gentlemen of leisure. They were not the working class. Public greetings and the best seats in the synagogues were some of their favorite things. While they appeared as a shining light before men, they did not appear that way to God. They preyed on widows and made long prayers to cover it up. Jesus said that these would receive greater condemnation. 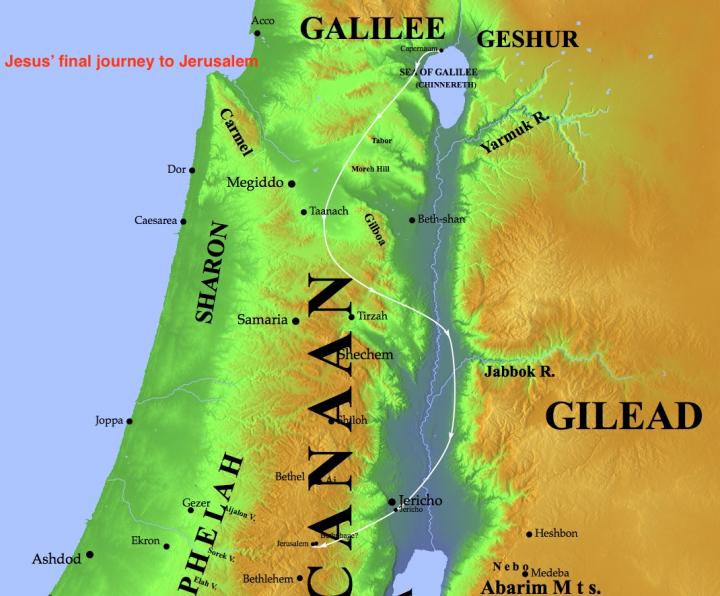 Study Questions: (if your answers are very long, you may want to type them first in something like Notepad, which doesn't require an Internet connection, then copy and paste (Ctrl-A to select, Ctrl-C to copy, Ctrl-V to paste), to prevent mishaps. Also, there is a 3K character limit, so if they are super long, feel free to post more than once, and just answer a couple of questions at a time. You are welcome to post any questions you may have, as well. We look forward to your thoughts!)

1. In Luke 20:1-8, the authority figures in the temple were trying to trap Jesus with questions they thought He could not answer. Jesus was able to deftly stump them with a question they were not comfortable answering. Why do you think Jesus did not answer them directly?

2. When Jesus was describing the parable of the wicked tenants, why do you think the tenants were so surprised that the vineyard owner was going to destroy them for killing his son?

3. In Luke 20:19-26, spies were sent to Jesus to once again try to trap Him, this time with a question about money. What can we learn about how to deal with our finances from Jesus’ response?

4. Jesus described in Luke 20:46-47 the ones who would “receive the greater condemnation”. What were the characteristics of the scribes that we need to avoid?