Flow Through Me from Refreshing Hope Ministries on Vimeo.

Today I want to talk about something that is at the very core of knowing Jesus: the Holy Spirit. This is fundamental stuff, but sometimes we build our doctrines so high that we can no longer see the foundation, yet it is very important that it is still there.

Please keep a teachable spirit and don’t shut me out automatically if I happen to say something that goes against what you have been taught. We have all been taught keywords that are taboo. Don’t let someone else tell you what to believe. What if they are wrong? Check behind me, research the scripture yourself and see if these things are true, then make your decision based on fact and no one can take that away from you. I tell you this because a lot of the things that are being taught out there today as the word of God, are just fairy tales, the traditions of men. Scriptures are often twisted to fit someone’s pet peeve of the day.

Jesus said this in John chapter 7:

On the last day, that great day of the feast, Jesus stood and cried out, saying, “If anyone thirsts, let him come to Me and drink. He who believes in Me, as the Scripture has said, out of his heart will flow rivers of living water.” But this He spoke concerning the Spirit, whom those believing in Him would receive; for the Holy Spirit was not yet given, because Jesus was not yet glorified. John 7:37–39 NKJV 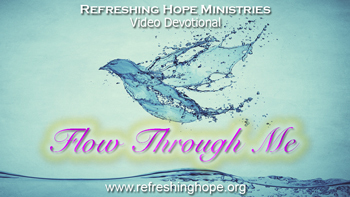 Jesus spoke of the Spirit whom those believing in Him would receive. That is the Holy Spirit. After His crucifixion, and resurrection, Jesus remained on Earth about forty days and appeared to many people (Acts 1:3). Then He gathered His disciples together and told them that they would be “baptized with the Holy Spirit not many days from now” (Acts 1:5).

Then Jesus ascended to heaven, took His seat at the right hand of the Father, His job complete. Ten days later on the day of Pentecost, the Holy Spirit descended on the disciples in the upper room as Jesus said (Acts 2:4), and He has never left the Earth. He didn’t die with the last Apostle, for He is eternal.

The Holy Spirit descended on Jesus like a dove, and remained on Him (John 1:32). Jesus walked in the “power of the Holy Spirit” (Luke 4:14) and even when He was preparing to leave Earth, He gave the Apostles orders from the Holy Spirit (Acts 1:2). It is the Holy Spirit that regenerates fallen mankind and renews us (Titus 3:4). It is He who guides us to be more like Jesus.

The Comforter, the Counselor, the invisible Holy Spirit. He is inseparable from Christianity and a vital part of our day to day life. It is He who gives you the answers, it is He who gives the orders to God’s troops on the Earth. Even Jesus gave His Apostles orders from the Holy Spirit (Acts 1:2).

The Apostles were nothing but men, until they received the Holy Spirit in Acts chapter 2. Then they began to heal the sick (Acts 3:6), raise the dead (Acts 9:40), and people fell dead at their words (Acts 5:5). He has been passed down generation, by generation, and He is still here working on Earth, through God’s people today.

I want to make this point very clear, because I was taught that the Holy Spirit and His gifts died with the last Apostle, when nothing could be further from the truth. I lost years getting to know Him until I unlearned that trash and began to study the Bible myself. Actually, He was with me the whole time and even speaking through me now and then, but I didn’t know who He was, and He is ok with that. He needs no recognition and He will never call attention to Himself. He always points us to Jesus and He remains in the background, as invisible as the wind, but rest assured that He is still here.

For example, the Apostle Paul never met Jesus before His death, resurrection, and ascension. Paul was a post resurrection Apostle who received the Holy Spirit when a disciple named Ananias in Damascus laid his hands on him and prayed (Acts 9:17). Then years later, Paul met some disciples of Jesus in Ephesus, and he must have felt they were missing something. He asked them if they knew about the Holy Spirit. They didn’t.

And it happened, while Apollos was at Corinth, that Paul, having passed through the upper regions, came to Ephesus. And finding some disciples he said to them, “Did you receive the Holy Spirit when you believed?” So they said to him, “We have not so much as heard whether there is a Holy Spirit.” And he said to them, “Into what then were you baptized?” So they said, “Into John’s baptism.” Then Paul said, “John indeed baptized with a baptism of repentance, saying to the people that they should believe on Him who would come after him, that is, on Christ Jesus.” When they heard this, they were baptized in the name of the Lord Jesus. And when Paul had laid hands on them, the Holy Spirit came upon them, and they spoke with tongues and prophesied. Now the men were about twelve in all. (Acts 19:1–7 NKJV).

The day before Paul came, those men knew nothing about the Holy Spirit and they could not have told you about Him, but the next day all that changed. I tell you that because your leaders cannot lead you where they have not yet been, and they may well-meaningly try to protect you from the unknown. For example, I have heard tongues preached against, by people who didn’t speak in tongues. While the disciples in Ephesus didn’t speak in tongues on, let’s say Monday, they did on Tuesday.

What does it look like? Jesus called it a river of living water that would flow out you. One day when He was at Jacob’s well, a Samaritan woman asked Him for drink of this living water (John 4:15). He told her to bring her husband, and she said, “I don’t have one”. To which He replied, “that is true, for you have had five husbands and the one that you are with now is not your husband.” Then she said: “Sir, I perceive that You are a prophet.”

That was living water flowing out of Jesus. The Holy Spirit giving Him insight, letting Him see beyond the natural, the truth. You can deceive man, but you will never deceive the Holy Spirit. He is a light shining inside of us revealing all the dark areas. To be effective, we have to have the in-dwelling of the Holy Spirit, for He protects us, guides us, warns us, renews us, and He helps us make the right decisions in life. He will tell us who we should pray for.

Once I had a vivid dream that a friend of ours at church was sick, broken out with huge sores over their back, and I had a salve that would heal them. In the dream, I rubbed the ointment on their sores and they were healed. I noticed that I had not seen them at church lately, so I felt that I should call them and invite them to dinner. We did.

While at dinner, we talked for a while and learned that they had been hurt by someone at the church, so they left and never went back. We knew everyone involved and it was a simple misunderstanding. Words unspoken, looks misinterpreted. We prayed with them, their burden was lifted, and they returned to church.

The Holy Spirit knew what was going on behind the scenes for He sees all, and He sent us after His lost sheep. He flows through us to help others in the body of Christ, and He will use them to help us. We are interconnected, we are one Body, and the Holy Spirit is the life blood that carries nutrients to where it is needed most. There is no life in the Body of Christ without the flow of the Holy Spirit.

Prayer: Heavenly Father, please send me Your precious Holy Spirit. Flow through me. Speak to me in a way that I understand and give me orders from heaven. I am Yours. I choose to believe that You are alive, that You love me, and that You are listening to me today. Come and be a part of my life, in the name of Jesus Christ I pray. Amen.