Face Against the Glass

RHM Devotional: Face Against the Glass from Refreshing Hope Ministries on Vimeo.

Today I want to talk about Jesus choosing Matthew the tax collector as one of His twelve Apostles, and why that would have been unthinkable at the time.

Mark 2:13–17 ESV He went out again beside the sea, and all the crowd was coming to him, and he was teaching them. And as he passed by, he saw Levi the son of Alphaeus sitting at the tax booth, and he said to him, “Follow me.” And he rose and followed him.

And as he reclined at table in his house, many tax collectors and sinners were reclining with Jesus and his disciples, for there were many who followed him. And the scribes of the Pharisees, when they saw that he was eating with sinners and tax collectors, said to his disciples, “Why does he eat with tax collectors and sinners?” And when Jesus heard it, he said to them, “Those who are well have no need of a physician, but those who are sick. I came not to call the righteous, but sinners.” 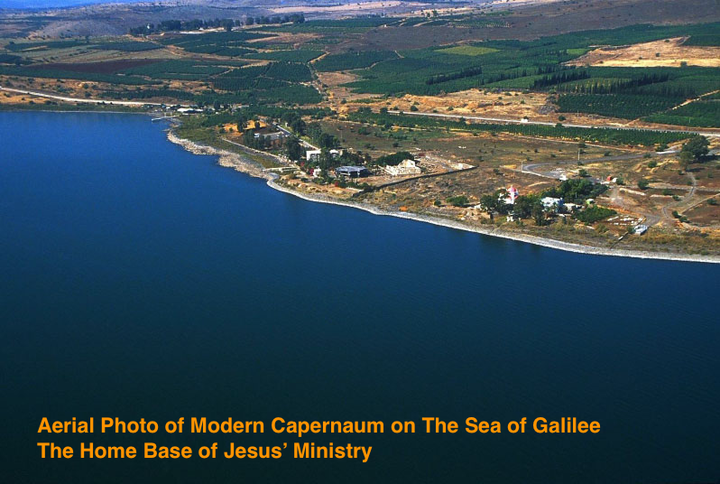 For most of Jesus’ ministry, His home base was in Capernaum, a fishing village on the northwest side of the sea of Galilee with a population of about 1,500 people. One day He walked up to a tax collector’s booth and told the man sitting there: “Follow Me”. The tax collector, named Levi, got up, left everything, and followed Jesus. This tax collector became an Apostle of Jesus and later wrote the gospel of Matthew (Matthew 9:9). Like Simon was called Peter, Levi became Matthew.

For the outlook of the time, this was remarkable. Tax collectors were usually local Jewish men who worked with the Roman occupiers to enforce taxes on their conquered territory. The local people despised them and saw them as traitors.

The Romans collected their taxes through a system called “tax farming” which was similar to a fast food franchise. Rome assessed a district a fixed tax figure, and then sold the right to collect those taxes to the highest bidder. The buyer had to hand over the assessed figure at the end of the year, and they could keep whatever he gathered above that for themselves. Extortion was compounded by the poor communication of ancient times, and the people had no exact record of what they were to pay.

Tax collectors like Matthew, could stop anyone on the road, make them unpack their bundles, and charge just about anything they wanted. If the person could not pay, the tax collectors sometimes would offer to loan them money at an enormous interest rate, putting the people even further into their greedy hands. They were trained extortionists, and quite naturally, it attracted a criminal element of thugs and enforcers.

Tax collectors could not serve as a judge or a witness in a court session, and they were excommunicated from the synagogues. They had their own special social status well below prostitutes, thieves, and sinners. They were the lowest of the low. This is why Jesus’ calling Levi, the tax collector, is so remarkable.

Jesus saw the heart of the Apostle Matthew beating inside of Levi the tax collector, while others did not. When Jesus called, Matthew immediately rose up and followed Him, even though he had a lucrative position. Matthew would have been the wealthiest of the Apostles.

After this, Matthew made a great feast for Jesus, and he invited a large crowd of tax collectors to come join them. While Jesus reclined at the table with them, the Pharisees stood outside and complained to His disciples saying: “Why does He eat and drink with tax collectors and sinners? (Luke 5:30). Jesus answered, “Those who are healthy have no need for a physician, but those who are sick. I came not to call the righteous, but sinners to repentance.”

The religious Pharisees shunned such people and threw them out of their synagogues, while Jesus intentionally sought them out. Jesus looked forward to spending time with the lowest of the low, the lost, the outcast, the black sheep. He touched the lepers and healed them. According to Mark 2:15, there were a large number of tax collectors who followed Him.

Zacchaeus was a chief tax collector that Jesus found on another day. He was too short to see Jesus over the crowd, so he climbed up a tree to get a better view. Jesus walked right up to the tree, looked up, and said “Zacchaeus, hurry and come down, for today I must stay at your house” (Luke 19:5). Out of all the places Jesus could have eaten, He chose to eat with the tax collectors. He had friends in low places.

Again, the sanctified onlookers grumbled about Jesus: “He has gone in to be the guest of a man who is a sinner.” Being that they could not eat with sinners, because they had excommunicated them, they now stood on the outside of the house, looking in at Jesus, and watching Him eat another great feast.

What happened to cause people to look down on God’s behavior with disdain? This group of people had become so holy and religious, that they felt like the Son of God did not meet their standards. Jesus was not good enough for them. They did not approve of His behavior. I am not sure what is wrong there, but I know something ain’t right.

Jesus came to seek and to save the lost, but we sometimes lose sight of this unchangeable fact. The Pharisees found that when they excommunicated the tax collectors, God chose to go and eat with them anyway. So they in effect, excommunicated themselves from His presence. Instead of shutting them out, they shut themselves in.

Let us never think that God is on our side; instead let us remember that we are to be on His side. God hates sin, but He loves sinners, and He welcomes us all with wide open arms. His Holy Spirit actively seeks out the lost wherever we are.

When sheep are lost, He goes after them, and where He finds them does not matter. If He finds them in a canyon, or a pit, or a brothel, it is irrelevant. All heaven rejoices because the sheep was found. I once was lost, and now I am found, because He sought me out.

So let us welcome everyone, and God will wash them as needed. The Holy Spirit will convict the heart of sin when the right time comes. If we choose to exclude groups of people from our religion, we may find one day that God is actually over there eating with them. We could easily end up on the outside looking in, with our face pressed against the glass.

Prayer: Heavenly Father please help me see those in my path that I can show Your love to. Protect me, guide me, give me the wisdom and tact to know when and where. Speak to me and through me. Share Your heart with me, in the name of Jesus Christ I pray.